The city of Potsdam, Germany is the capital of the federal state of Brandenburg and the former capital of the historic Prussia. A 30 minutes train ride southwest of Berlin, Potsdam offers distinct contrasts to its bigger neighbour. It boosts palaces and famous parks, including the Sanssouci palaces and gardens. Potsdam is also a very green city surrounded by rivers, lakes and forests.

The University of Potsdam has several campuses across the city. The conference will take place at campus Griebnitzsee with easy access via public transport to Potsdam city centre as well as Berlin. Tours of both Berlin and Potsdam will be part of the conference programme.

Look at the map below for more details about the university location. 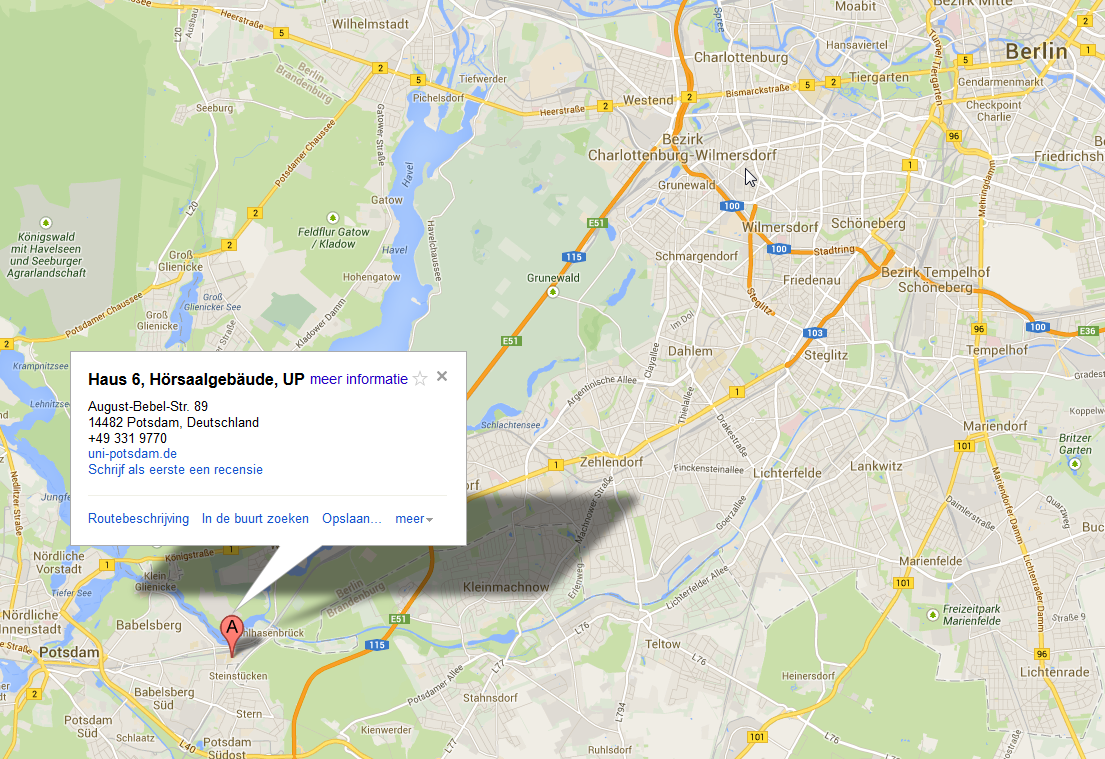