Sockmob Events/Unseen Tours have won the Responsible Tourism Awards 2011. Their product is an interesting one that in first instance may not be perceived as slum tourism, but certainly overlaps with it. It involves homeless people showing tourists their vision of the city. As such it appeals to tourists seeking a more ‘real’, ‘authentic’ or ‘exotic’ view of London. Seen in this way it is not too dissimilar from other slum tours. The win of Sockmob Events/UnseenTours shows that slum tours also can be perceived as a form of responsible tourism.

You can find the award ceremony for the Responsible tourism awards at this link: RT awards 2011

Although slumming has quickly become more popular in recent years, it is of course not a new phenomena. During Victorian times it already was a popular pastime for richer middle-class people in London and bigger cities in the United States. An interesting introduction to these earlier forms of slumming can be read in two books that may be worth reading. 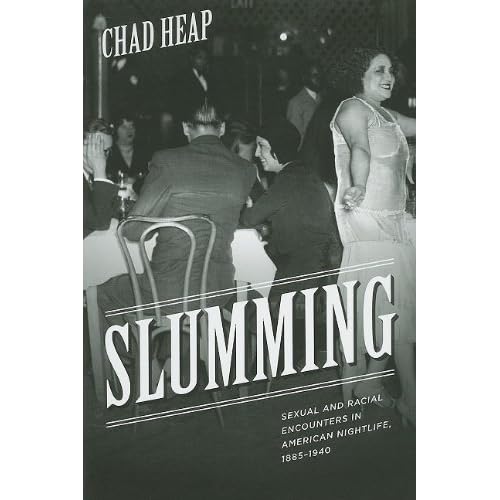 Seth Koven writes in his book “Slumming: Sexual and social politics in Victorian London” about how the rich middle-classes started to visit the slums in East London. He describes why people started to visit the slums and how it (partially) shaped Victorian understanding of life. In 2009 Chad Heap wrote a book titled “Slumming: Sexual and racial encounters in American nightlife: 1885-1945.” He argues that slumming was more widespread in US cities than is currently believed. He describes how the initial moralising stance changed and started to provide a platform for artistic, interracial and sexual encounters.

Both books provide an overview of slumming in a different era. They show how at that time slumming also was a contended practice. Also they describe ways in which slumming changed the thinking of people at the time. It would be interesting to see how current forms of slum tourism compare to these historical examples and if anything can be learned from how slum tourism was practised in current times.